Mar. 4, 2022 — Many applaud social media for connecting the world with the touch of a button. Others cite the opportunity to grow businesses without heavy marketing costs. But for a group of Black doctors, social media marks the chance to celebrate the ability to narrow racial disparities in medicine.

“You’re a young adult in a city where you don’t see any Black physicians — before social media, you are kind of locked into what’s around you,” says Earl V. Campbell III, MD, a gastroenterologist and advanced interventional endoscopist based in Atlanta.

“They are able now to easily hop on Instagram and see that there are doctors who look like them.”

Recently, a group of Black physicians has been joining forces for “Diversity in Medicine” Instagram Live sessions.

Many are also millennials in highly competitive medical specialties and connected online through the shared experience of “starting off early,” says Mfoniso Daniel Umoren, MD, a gastroenterology fellow in Washington, DC, who started the Instagram series early in the pandemic.

“As our generation starts to realize what we want to do earlier, we’re going to straight from college to medical school and doing it in our 20s,” he says. “By the time you are in your 30s, you are already a full-blown specialized physician.”

Umoren, 30, graduated from medical school at age 25 and will complete his gastroenterology fellowship at Georgetown University next year.

“Seeing young physicians in training who are high-energy, motivated, and also very interested in mentorship — that is one thing I wanted to connect people with, and that’s the reason why I started this,” he says.

In 2018, only 5.4% of all U.S. doctors were Black — a slim percentage given that Black people make up around 13% of the population. And the percentage of Black doctors in competitive medical specialties is particularly jarring; black representation in orthopedic surgery is lowest (1.9%), followed by dermatology (3%).

What’s more, the ratio of Black doctors in the U.S. has only increased by 4% over the past 120 years, according to a recent UCLA study.

The percentage of Black male doctors hasn’t changed since 1940, the report states.

But by showcasing doctors as “normal,” with interests outside of medicine, the Instagram Live sessions can help improve these statistics, Umoren says.

“Growing up, a lot of times when you’re the smart person, you’re viewed as ‘the nerd,’” he says.

“I talk about that a lot because I’m very interested in fitness. There’s no either this or that. You can be both.”

During a recent Instagram Live session with Medscape, the doctors discussed their experiences as Black physicians and spoke on ways to enhance minority representation in medicine.

Read on for a look at some of the key highlights from the discussion.

The Weight on Your Shoulders

There is a certain pressure that is unique to Black doctors in the U.S., says Marius Chukwurah, MD, a board-certified internist and cardiology fellow in Philadelphia.

“There are so few of us Black providers in medicine that you don’t want to do anything that’s going to mess that number up or make that statistic even worse,” he says.

This pressure can affect the way you navigate day-to-day experiences in the classroom or “whatever setting you’re in,” he says.

“I felt it at every stage, especially in residency. [You feel as though] you can’t potentially dress a certain way, or talk a certain way, or be as lax with certain things that you might feel like your majority counterparts are at work or in the learning environment or in the medical field,” Chukwurah says.

“You don’t want your employer, or whoever is responsible for pulling more people and putting them in those seats, to think ‘this person wasn’t good at their job, that means everybody that looks like them must be the same.’”

People on social media often celebrate the “final product” but don’t realize what you had to go through to get there, says Nathan Kanyinda, MD, an ophthalmologist specializing in oculoplastic surgery and facial aesthetics based in Virginia.

He recalled a time when he got extremely sick during his medical training. He said he had to balance trips to the emergency room with his work schedule.

“I wasn’t telling anyone,” Kanyinda says. “I think sometimes you are in that struggle of residency and fellowship, and you’re not honest about what you are really going through.”

“I became honest and was able to get care and complete everything I needed to do.”

Kanyinda says he has learned to prioritize mental health over the years, noting that he makes time for self-care activities, like regular exercise.

This is critical at any stage of your medical career, since pressures don’t go away after you’ve completed training, he says.

“I’m in a city where there are [currently] maybe three people who do exactly what I do,” Kanyinda says. “Saying, ‘I have to be on top of my game. I can’t be distracted. I have to focus’ — that will never go away.”

“To reach that goal, we have to be able to keep the pipeline smooth,” Umoren says. “Some of us have to stay within the academic system.”

This is particularly true, as it can be “easy to feel like a minority in medicine” when attending mostly white medical institutions, according to Chukwurah.

There are only four historically Black medical schools in the country: Morehouse School of Medicine, Howard University College of Medicine, Meharry Medical College, and Charles R. Drew University of Medicine and Science.

“I wish you could take a few professors from all these HBCUs [historically Black colleges and universities] and put them in medical schools across the country to serve as mentors for people who look like us and need that extra motivation,” Umoren says.

“When you feel like you are at the end of the road of this journey, someone could say, ‘I was there, just like you.’”

Encouraging aspiring doctors who are underrepresented minorities is also critical, the doctors say.

“For me not to show people my world, I feel like it’s not fair. A lot of people showed me theirs,” he says.

Kanyinda says he’s allowed students to shadow him at work — including in the operating room.

“I’m interested in having students work with me, and mentor from that perspective,” he says.

But mentorship doesn’t always have to include a full day of shadowing, says Campbell. Sometimes it can be as simple as responding to an email.

“I know individuals who, back when they were med students, I reviewed their personal statements and edited them,” he says. “Now, they are in residency.”

‘Finding That Connection Is Important’

Umoren says the goal of the Instagram Lives and other advocacy efforts is creating a mentee-to-mentor program, where Black doctors from various specialties go to high schools and colleges and students can ask questions and connect.

The Association of Black Gastroenterologists and Hepatologists, a new organization created to improve gastrointestinal health in the Black community has a similar plan.

The organization, which Campbell and Umoren are a part of, created a program where pre-med and med students interested in these specialties can link up with a gastroenterologist or hepatologist.

“Finding that connection is important,” Umoren says. “Making people feel that ‘this person actually cares about me’ and ‘this person wants me to succeed.’” 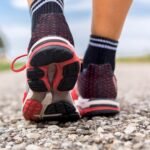 Tips to Cut Back Without a Fight