How Do Men and Women Compare?

You’ve probably heard things like this: Men get turned on at the slightest provocation and are ready to have sex anytime, anywhere, while women tend to want sex less often and have to be “in the mood.” For years, that’s been the widespread belief: Men just have higher sex drives than women.

Research has often been cited to back up the idea that, perhaps because of their higher testosterone levels, men think more about sex, seek it more actively, and get turned on more easily. Men’s sexuality is like an on-off switch, while women’s sexuality is a complicated network of connections. Right?

Other research – along with an evolving understanding of sexuality, gender, and desire – are telling us that sex drive doesn’t fit neatly into columns labeled “male” and female.”

“Not only is the idea that men have higher sex drives an oversimplified notion, but it’s really just not true,” says Sarah Hunter Murray, PhD, a marriage and family therapist and the author of Not Always in the Mood: The New Science of Men, Sex, and Relationships.

“Our social norms and the ways we’re raised to either lean into our sexuality or repress it have a huge impact on how we experience our sexuality and how we report it in studies,” Hunter Murray says. “People raised as men in our society have been typically given more permission to speak openly about wanting sex, while young women have often been told not to express their sexuality.”

“Our sexual interest is driven by many factors, including not only biology, age, and use of medications, but also by situation – for both men and women,” he says. “Sexual attitudes are affected significantly by societal and religious attitudes. If you’ve been told that expressing your sexuality is bad, over time that will impact your sense of whether you should be doing it or not.”

And those messages may have influenced the research that has been telling us men want sex more than women.

In almost all questions, men and women tended to report different levels of sexual activity when they thought peers would be seeing their answers. Sex differences were much smaller in the lie detector group.

Despite stereotypes, a significant proportion of men – as many as 1 in 6 – regularly have low levels of sexual desire, meaning low enough for the person to see it as a problem. A 2010 review of multiple studies found that approximately 14% to 19% of men regularly and reliably indicated that they had problematically low or decreased sexual desire.

“Men aren’t walking robots that want to have sex at the drop of a hat,” Hunter Murray says. “We often don’t give men permission to talk about the things that lead to low sex drive, such as relationship dynamics, stress, exhaustion at work, parenting, and the chores and daily grind of life.”

It’s hard to gauge whether men really want sex more than women when you’re interviewing either men or women in isolation for research. If a man says he wants sex more than his female partner does, how do you know she’d see things the same way?

The few studies that have looked at sexual desire in a “dyadic” relationship – that is, they interviewed opposite-sex couples in a relationship with each other – have pretty consistently found that men are no more or less likely to be the partner who wants more sex, more often.

One of the first studies to find this pattern was done more than 20 years ago. Among group of 72 college-age, heterosexual couples, about half reported that they had similar levels of sexual desire. Among the couples who differed in their desire, about half of those said it was the male partner who wanted sex less often.

More recently, Hunter Murray published a similar study of college-age couples that had much the same results. About half of the couples had similar levels of desire. And among those who did not, men were just as likely as women to be the partner with lower sex drive.

“Multiple studies show that men’s and women’s sexual desire levels are more similar than different,” Hunter Murray says. There has not been much research on levels of desire in transgender and nonbinary people.

“Gender norms about sex drive are outdated in a lot of ways,” she says. “If there’s something about the way you experience desire that falls in line with a stereotype, that’s fine, but so many of us fall outside of these limited boxes. There are men whose interest in sex ranges from low to none, to very high, and it’s the same for women. As humans, we vary, and as long as your sexual expression is in a healthy way that feels good and right for you [and your partner(s)], chances are your experience is normal.” 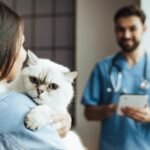 Can You Get COVID From Your Cat? 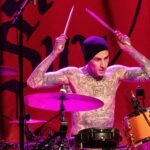