What Parents Need to Know About Monkeypox and School This Fall

Aug. 18, 2022 – Should parents of young schoolchildren be worried about monkeypox?

So far, at least nine children in the U.S. have tested positive for monkeypox. As of now, the American Academy of Pediatrics says the risk of children becoming infected with the virus is low.

Still,“children and adolescents are more likely to be exposed to monkeypox if they live in or have recently traveled to a community with higher rates of infection,” the academy says.

As back-to-school season officially kicks off, read on to learn more about how to prevent the spread of monkeypox.

What Are the Signs of Monkeypox in Children?

Monkeypox infection in children appears in the same way it shows up in adults. The most common sign of monkeypox in children and adults is a skin rash that looks like raised bumps, according to the CDC.

Paulette Grey Riveria, MD, a family medicine doctor and a regional medical director for the Louisiana Department of Health, says that you can tell if a rash is monkeypox by the way it changes over time. “A monkeypox rash will change from being initially flat, to raised, to filled with fluid, and finally to a scab that eventually falls off and is replaced by a fresh layer of skin,” she says.

Monkeypox sores usually appear all at once and go through the different stages together, and it’s less common to have sores in different stages, Riveria says Fever, headache, fatigue, and swollen lymph nodes are also common in children with monkeypox, but they may not appear in every single case, the CDC says.

Are Kids at Risk for Severe Sickness From Monkeypox?

Carlos Oliveira, MD, a pediatric infectious disease doctor at Yale New Haven Children’s Hospital in Connecticut, says most monkeypox cases are “self-limiting,” meaning they go away on their own without treatment. That said, the American Academy of Pediatrics warns that infants, young children, children with weakened immune systems, and children with skin conditions like eczema are more likely to become severely sick if they catch monkeypox.

The CDC also says that children under 8 years old infected with the Congo Basin variant of monkeypox are more likely to have a severe infection. (That said, the monkeypox variant spreading around the world right now is the West African variant, which is known to cause a milder illness.)

How Can Schools Prevent the Spread of Monkeypox?

The monkeypox virus mainly spreads when people have direct contact with the fluid inside monkeypox rashes. This can happen through skin-to-skin contact or by touching items that have encountered the rash of an infected person. Things like towels, bedding, clothing, toiletries, and shared utensils all can spread monkeypox.

The CDC also says poxviruses like monkeypox are hardy; researchers have found live virus in the home of a person infected with monkeypox 15 days after they had left.

The good news is that the strategies schools have already used to prevent the spread of COVID-19 can be used to prevent monkeypox as well, like “encouraging personal space, promoting frequent hand-washing, and telling parents to keep kids home when sick,” Riveria says.

For older students, like those in high school, Riveria says “the best precaution is awareness.” She says it’s important for young adults to know what monkeypox rashes look like, how monkeypox spreads, and where they can get health care and treatment.

Young adults should “avoid contact with a person who has monkeypox or has been exposed to the virus,” she says. “While awareness is critical, aligning responsible behavior with that awareness is just as important.”

Oliveira says the medication tecovirimat and the Jynneos vaccine can be used to prevent severe monkeypox infections in children.

Tecovirimat is a medication that can treat viruses in the same family as monkeypox. It is FDA-approved for treating smallpox, but the CDC allows it to be used for severe monkeypox infection. According to the CDC, a 28-month-old child received tecovirimat and had no harmful side effects, but there haven’t been any studies on how the medication affects kids.

The Jynneos vaccine was approved in 2019 to prevent smallpox and monkeypox in adults. This month, the FDA gave emergency use authorization for the vaccine to be given to children younger than 18 years old who are at risk of severe sickness from monkeypox. That said, pediatricians need permission from the FDA to give the Jynneos vaccine to children, according to Oliveira.

For mild cases of monkeypox, the World Health Organization says care should focus on easing symptoms and managing complications. Parents or caretakers of children with monkeypox should avoid touching any items the child may have had skin contact with and use personal protective equipment like gloves when handling contaminated items. Any person with monkeypox is contagious until all their lesions have scabbed over and healed, says Oliveira.

“The CDC recommends that individuals with monkeypox stay in isolation for the course of their disease, which normally lasts between 2 to 4 weeks,” he says. “Hand hygiene is a simple and effective tool to prevent infection. Isolation and vaccination of close contacts is also recommended.”

Riveria reassured parents that while monkeypox can cause more severe illness in children, compared to adults, “we are not seeing this theoretical risk play out in reality thus far.”

“Parents should be vigilant, but not hypervigilant,” she says. 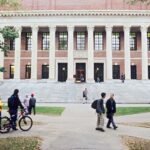 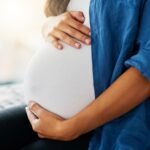