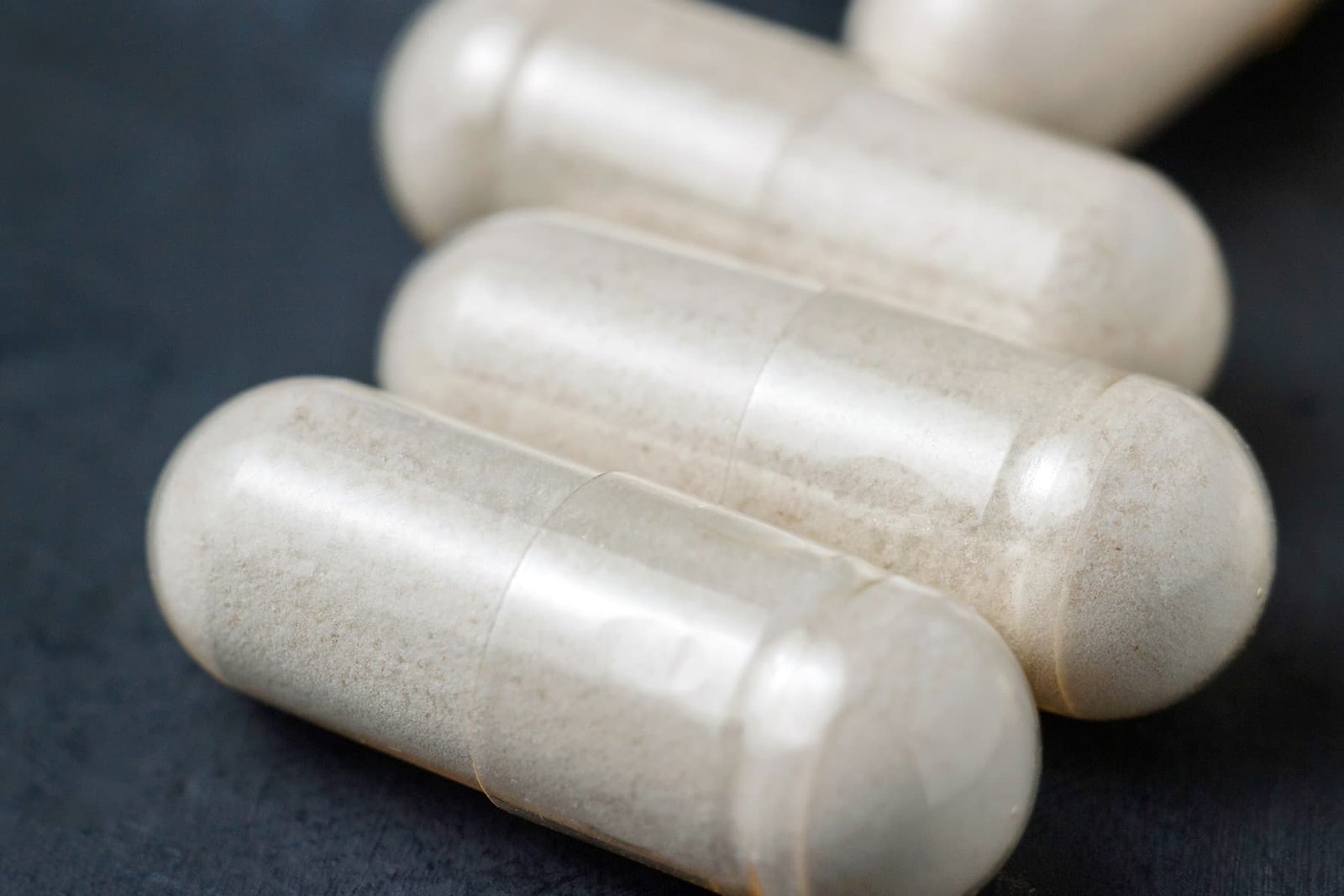 Wednesday, August 24, 2022 (Kaiser News) — SACRAMENTO, Calif. — The wife of a Northern California congressman died late last year after ingesting a plant that is generally considered safe and is used as an herbal remedy for a variety of ailments, including diabetes, obesity, and high cholesterol, KHN has learned.

Lori McClintock, the wife of U.S. Rep. Tom McClintock, died from dehydration due to gastroenteritis — an inflammation of the stomach and intestines — that was caused by “adverse effects of white mulberry leaf ingestion,” according to a report from the Sacramento County coroner that is dated March 10 but was not immediately released to the public. KHN obtained that report — in addition to the autopsy report and an amended death certificate containing an updated cause of death — in July.

The coroner’s office ruled her death an accident. The original death certificate, dated Dec. 20, 2021, listed the cause of death as “pending.”

Tom McClintock, a Republican who represents a district that spans multiple counties in northern and central California, found his 61-year-old wife unresponsive at their Elk Grove, California, home on Dec. 15, 2021, according to the coroner’s report. He had just returned from Washington, D.C., after voting in Congress the night before.

It’s unclear from the autopsy report whether Lori McClintock took a dietary supplement containing white mulberry leaf, ate fresh or dried leaves, or drank them in a tea, but a “partially intact” white mulberry leaf was found in her stomach, according to the report.

McClintock’s death underscores the risks of the vast, booming market of dietary supplements and herbal remedies, which have grown into a $54 billion industry in the United States — one that both lawmakers and health care experts say needs more government scrutiny.

“Many people assume if that product is sold in the United States of America, somebody has inspected it, and it must be safe. Unfortunately, that’s not always true,” U.S. Sen. Richard Durbin (D-Ill.) said on the Senate floor this spring when he introduced legislation to strengthen oversight of dietary supplements.

Daniel Fabricant, CEO and president of the Natural Products Association, which represents the dietary supplements industry, questioned whether McClintock’s death was related to a supplement.

“It’s completely speculative. There’s a science to this. It’s not just what a coroner feels,” said Fabricant, who oversaw dietary supplements at the FDA during the Obama administration. “People unfortunately pass from dehydration every day, and there’s a lot of different reasons and a lot of different causes.”

Fabricant said it would have been ideal had the coroner or the family reported her death to the FDA so the agency could have launched an investigation.

Such reports are voluntary, and it’s not clear whether anyone reported her death to the agency. FDA spokesperson Courtney Rhodes said the agency does not discuss possible or ongoing investigations.

The FDA, Fabricant added, has a system in place to investigate deaths that might be linked to a supplement or drug. “It’s casework,” he said. “It’s good, old-fashioned police work that needs to be done.”

Tom McClintock has remained mostly silent about his wife’s death since he released a statement on Dec. 19, 2021, announcing it and gave a tribute to her at her Jan. 4 funeral. Until now, the cause of death had not been reported.

Tom McClintock, contacted multiple times by phone and email Wednesday, was not immediately available for comment.

At his wife’s funeral, McClintock told mourners that she was fine when he spoke with her the day before he returned. She had told a friend that “she was on a roll” at a new job she loved in a Sacramento real estate office, he said, and “she was carefully dieting.”

“She just joined a gym,” he said. “At home, she was counting down the days to Christmas, wrapping all the gifts and making all the plans to make it the best family Christmas ever, and it would have been.”

According to the coroner’s report, however, the day before her death, “she had complaints of an upset stomach.”

Sacramento County spokesperson Kim Nava said via email Wednesday that the law prohibits the coroner’s office from discussing many details of specific cases. As part of any death investigation, the office “attempts to locate and review medical records and speak to family/witnesses to establish events leading up to and surrounding a death,” she said.

If any medications or supplements are found at the scene or if pertinent information is in the person’s medical records, those are passed along to the pathologist to help establish cause of death, Nava said.

“Any information the office obtains from medical records can’t be disseminated to a third party except by court order,” she said.

The leaves and fruit of the white mulberry tree, which is native to China, have been used for centuries in traditional medicine. Academic studies over the past decade have found that the extract from its leaves can lower blood sugar levels and help with weight loss. People take it in capsule or pill form, as an extract or powder. They can also brew the leaves as an herbal tea.

Lori McClintock’s reaction seems unusual. No deaths from the white mulberry plant have been reported to poison control officials in the past 10 years, according to the American Association of Poison Control Centers.

Since 2012, 148 cases of white mulberry plant ingestion were voluntarily reported to poison control officials nationally, most involving accidental ingestion by children 12 and under, said Kaitlyn Brown, clinical managing director for the association. Only one case required medical follow-up, she said.

While poison control centers track exposures to the white mulberry plant, the FDA oversees dietary supplements, such as products that contain white mulberry leaf extract. Since 2004, two cases of people sickened by mulberry supplements have been reported to the FDA, according to its database that tracks “adverse events.” It relies heavily on voluntary reports from health care professionals and consumers. At least one of those cases led to hospitalization.

White mulberry leaf can have side effects, including nausea and diarrhea, according to research. Independent lab tests ordered by the coroner’s office showed McClintock’s body had elevated levels of nitrogen, sodium, and creatinine — all signs of dehydration, according to three pathologists who reviewed the coroner’s documents, which KHN redacted to remove McClintock’s name.

White mulberry leaves “do tend to cause dehydration, and part of the uses for that can be to help someone lose weight, mostly through fluid loss, which in this case was just kind of excessive,” said Dr. D’Michelle DuPre, a retired forensic pathologist and a former medical examiner in South Carolina who reviewed the documents.

Dietary supplements, which include a broad range of vitamins, herbs, and minerals, are regulated by the FDA. However, they are classified as food and don’t undergo the rigorous scientific and safety testing the government requires of prescription drugs and over-the-counter medicines.

Lawmakers aren’t proposing to put supplements into the same category as pharmaceuticals, but some say they are alarmed that neither the FDA nor the industry knows how many dietary supplements are out there — making it almost impossible for the government to oversee them and punish bad actors.

The FDA estimates 40,000 to 80,000 supplement products are on the market in the U.S., and industry surveys estimate 80% of Americans use them.

Legislation by Durbin and U.S. Sen. Mike Braun (R-Ind.) would require manufacturers to register with the FDA and provide a public list of ingredients in their products, two provisions that are backed by the Council for Responsible Nutrition, another industry group that represents supplement makers.

But the council is lobbying against a provision that would require supplement makers to provide consumers with the ingredient amounts — or the blend — in their products, something they say is akin to giving a recipe to competitors. That’s proprietary information only government regulators should have access to, said Megan Olsen, the group’s senior vice president and general counsel.

Olsen explained that supplement manufacturers are regulated just like other food companies and are subject to strict labeling requirements and inspections by the FDA. They also must inform the agency about any adverse effects reported by consumers or doctors.

“Companies are testing products throughout the process, are reviewing how they’re being manufactured and what’s going into them,” Olsen said. “All of that is overseen and dictated by FDA regulation.”

Because dietary pills, teas, and other supplements are regulated as food products, manufacturers can’t advertise them as treatments or cures for health issues. But they can make claims about how the supplements affect the body. So someone who wants to lose weight or get their diabetes under control might reach for a bottle of white mulberry leaf extract because some supplement makers advertise it as a natural remedy that can lower blood sugar levels and promote weight loss.

Those kinds of claims are appealing to Americans and have been especially potent during the pandemic, as people sought to boost their immune systems and fend off covid-19, said Debbie Petitpain, a registered dietician nutritionist and a spokesperson for the Academy of Nutrition and Dietetics.

But dietary supplements can be dangerous and don’t affect everyone the same way. Mixing supplements and prescription medicines can compound the problem, according to the FDA.

“I think a lot of people are thinking, ‘Oh, it’s a plant.’ Or, ‘Oh, it’s just a vitamin. Certainly, that means that it’s not going to hurt me,’” Petitpain said. “But there’s always a risk for taking anything.”

It’s not clear why Lori McClintock was taking white mulberry leaf. Friends and family who gathered for her funeral described a vibrant, happy woman who loved her family and her work and already had wrapped Christmas presents under the tree in mid-December. She was planning to buy a recreational vehicle with her husband in retirement.

“We grieve the loss because of all the things she was looking forward to doing and all the years yet ahead,” Tom McClintock told mourners. “And we grieve for something else, because we’ve all lost a genuinely good person in our lives.” 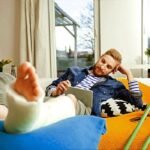 Healing Broken Bones Is More Complicated Than It Looks 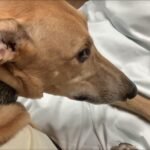