COVID Omicron Boosters About to Arrive, With Some Controversy 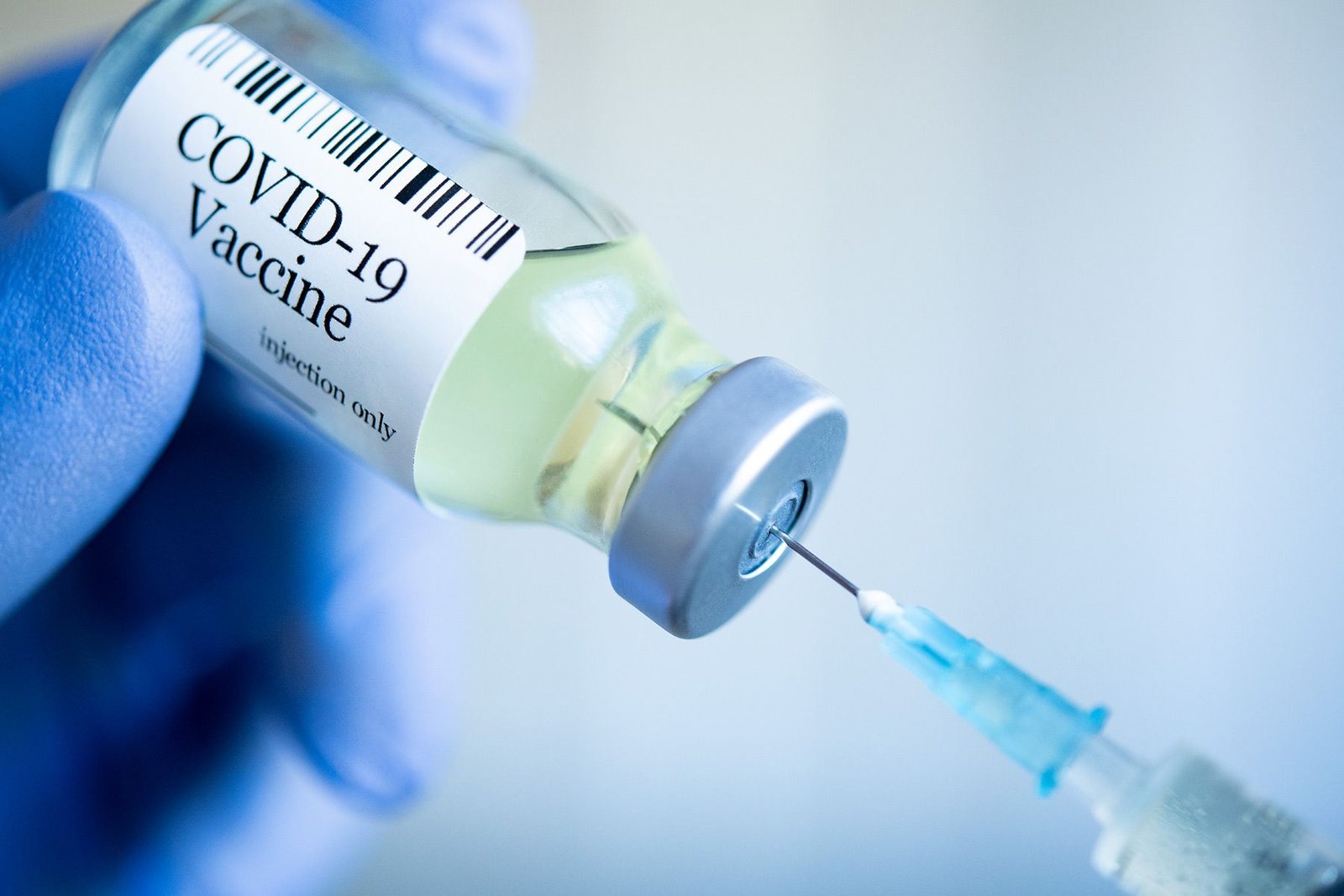 Aug. 31, 2022 – COVID-19 booster vaccines targeting the Omicron BA.4 and BA.5 subvariants currently dominating in the United States could be available in the next few days, but their arrival comes with some controversy.

The FDA granted emergency approval to the mRNA boosters from Pfizer and Moderna today. Next up are meetings of the CDC’s Advisory Committee on Immunization Practices on Thursday and Friday that could pave the way for an official CDC endorsement of the vaccines before the weekend.

The U.S. government has already purchased over 170 million doses of the two vaccines to be ready for use after all approvals are in place (with an order of 4 million more doses for children, should those be approved later).

But the expected arrival of the updated vaccines has sparked debate among infectious disease experts and others.

Some have criticized the fact that the new boosters haven’t been tested in humans and say they will wait to get the updated booster or skip it altogether. Others worry that the public will view the new vaccines as rushed, increasing an already reluctant public’s hesitation to get another shot.

Still, many experts applaud the speed with which the updated vaccines were developed and say the safety of the COVID-19 vaccines is well-established. They say this transition to updating vaccines for COVID-19 is being done much like the U.S. updates its flu vaccine annually, tweaking the formula of an established vaccine platform to combat new viruses or variants expected to be circulating.

The Route to the New Boosters

Earlier this year, vaccine makers gave the FDA data on an updated vaccine that targeted BA.1, the Omicron variant that was dominant earlier. But then, the FDA asked the companies to update their vaccines to add an Omicron BA.4/5 component, to create a vaccine that is a bivalent booster – meaning it will cover both the original strain of the virus that emerged from China and the newer  BA.4 and BA.5 subvariants.

This will be the first update to the mRNA vaccines since they became available in December 2020.

For the new boosters, the FDA did not schedule another meeting of its vaccine advisory panel, according to FDA Commissioner Robert Califf, MD. He noted on Twitter that “the agency feels confident in the extensive discussion that was held in June.”

At the end of June, Pfizer BioNTech and Modernapresented the FDA with human data on the BA.1 vaccine. The companies also presented lab or animal data on the BA.4 and BA.5 vaccine candidates.

Both companies showed that the BA.1 vaccines triggered antibody responses to BA.4 and BA.5, but lower than those for BA.1.

The companies also presented data that showed the updated shots’ side effects were similar to those of the original vaccine, such as soreness where the shot was given and fatigue.

In mice studies presented to the FDA, Pfizer said its new booster increased the antibody responses to all the Omicron variants, including BA.4 and BA.5.

Results from human clinical trials are coming, but not soon. Moderna just completed enrollment of its BA.4 and BA.5 booster clinical trial, with results expected in the fourth quarter of 2022. Pfizer said it plans to start a trial soon.

Peter Marks, MD, director of the FDA’s Center for Biologics Evaluation and Research, told NPR that the data from the mouse studies suggests the new vaccines may be about 20 times more protective against Omicron than the original shots.

In response to any concerns about safety data in humans from the new vaccine, CDC Director Rochelle Walensky, MD, recently told CNBC that the new shots involve very small changes in the mRNA sequence and that should not impact safety.

The lack of convincing neutralizing antibody data against BA.4 and BA.5 in people is a problem, says Paul Offit, MD, an infectious disease expert and director of the Vaccine Education Center at Children’s Hospital of Philadelphia.

Offit also questions which groups should get the updated vaccine based on benefit and believes the best approach is to target those most at risk of severe COVID-19, such as older adults, people with serious medical conditions, or those with weakened immune systems.

“Those are the ones getting hospitalized,” he says. He sees the goal of the updated vaccine as preventing serious illness.

Offit, who says he has been vaccinated and boosted, and had a mild COVID-19 infection about 3 months ago, plans to skip this booster.

Eric Topol, MD, executive vice president of Scripps Research and editor-in-chief of Medscape (WebMD’s sister site for medical professionals), applauded the FDA’s “aggressive and expedient” approach, with a BA.5 vaccine available for review just 2 months after the FDA meeting asking for such a vaccine.

He pointed out that mice data is used every year to update the flu vaccine quadrivalent program. “But there’s a concern that it’s not so easy to extrapolate mouse to human for SARS-CoV-2, a virus that’s quite different than influenza,” he wrote online in his online platform Ground Truths.

Another potential concern, Topol and others say, is something called imprinting, also known by the catchy but potentially misleading term “original antigenic sin,” with a person’s first exposure to a virus having an effect on a later response to similar viruses. The worry is people may “train” their immune system to remember the response to the first infection and be less able to respond to future ones when faced with different variants, such as those targeted by the new boosters.

Will the Public Accept It?

Topol has also expressed concern about public trust in the vaccine and the chance that people will view the new boosters as a rush job. As he also pointed out, just 32% of the population has had any of the original booster shots.

Topol’s personal decision? He is about 8 months out from his fourth shot and said he will wait to see more data. He said that is simply his perspective. “Many will be eager to get the new shot. As I said, that’s fine.”

Infectious disease expert William Schaffner, MD, a professor of preventive medicine at Vanderbilt University in Nashville, isn’t as concerned as others about the lack of human data, citing the need to fight the expected winter surge.

“If you need a vaccine to combat what some think will be an increase in [cases in] the winter, you won’t have an updated vaccine in time if you wait for a clinical trial,” he says.

He, too, likens the tweaking of the COVID-19 vaccine to what’s done annually with the flu vaccine.

As for safety, “we know a vast amount about the [vaccine’s] safety and effectiveness,” Schaffner says. “I think the majority of the public health and vaccinology communities are quite content that we are doing these immune-bridging studies that show [updated vaccines] performed similarly to previous vaccines.”

As for safety concerns, he says the risk of myocarditis (inflammation of the heart muscle), which occurred in some teens and young adults with the second dose of the vaccine, was lower with the booster dose. He says it’s reasonable to expect the updated booster to also carry a lower risk of that side effect.

“These tweaks [with the updated vaccine] are so small, it won’t impact safety,” said Katelyn Jetelina, PhD, an epidemiologist and health policy expert who publishes Your Local Epidemiologist,  a newsletter translating science for consumers.

She recognizes the concern about imprinting, but “we need to be responsive to the needs of our immune system right now, in the midst of [an expected] surge,” she said.

Jetelina acknowledges the unknowns, such as how long the updated vaccine could be effective. Because BA.5 is so new, there hasn’t been time to analyze the vaccine in people. In her view, “demanding an effective vaccine and clinical data is simply a fantasy against this rapidly changing virus.”

She plans to get the updated booster. 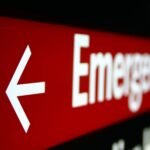 How Strength Training Can Help You Live Longer 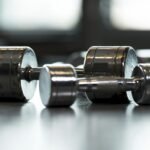