We’re Increasingly Disconnected and That Has Consequences 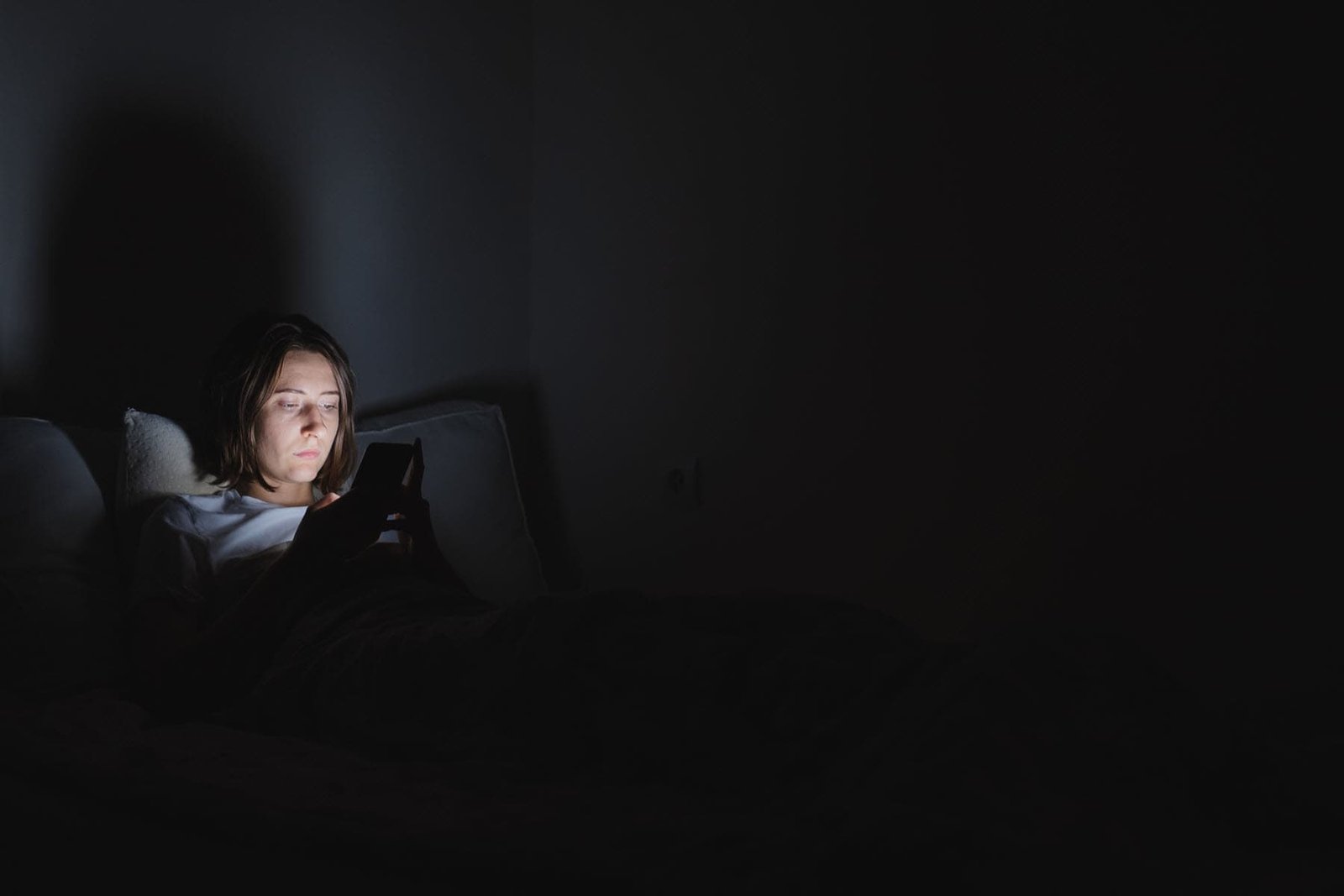 Sept. 16, 2022 – You brought your computer home from work “for 2 weeks” in March 2020 and stayed home for 2 years. Schools went virtual. Club meetings got canceled. Gyms closed.

Friends and family became off-limits. Remember avoiding other people on the street?

It’s gotten better since the outbreak, but we’ve remained in relative isolation far longer than expected. And that’s a little sad – and bad for us. Turns out avoiding a virus can harm your health, because togetherness and connection are foundations of our well-being.

“We as humans are engineered by evolution to crave contact with other humans,” says Richard B. Slatcher, PhD, a professor of psychology at the University of Georgia. “This has been called the ‘need to belong,’ and it’s up there as a basic need with food and water.”

Makes sense: Primitive humans who banded with others were more likely to find food, protect each other, and survive to pass along their genes, he says.

When we were suddenly thrust into isolation in 2020, social ties were already fraying. The book Bowling Alone came out 2 decades earlier. Author Robert D. Putnam lamented the decline in “social capital,” the value we get from connections and our sense of community support. The Atlantic ran a story called “Why You Never See Your Friends Anymore” months before any of us heard of COVID-19.

The pandemic sped up those feelings of isolation. Even after getting vaccinated and boosted, many of us feel we’re not connecting as we would like. And for some, politics has deepened that divide.

Should we care? Yes, say the experts. Social relationships are strongly linked to health and longevity. A famous study published in 2010 in PLOS Medicine concluded that social connections were as important to health as not smoking and more impactful than exercise.

That review, which drew on data from 148 studies, found that people with stronger social relationships were 50% more likely to survive over the 7.5-year follow-up (that is, not die from such causes as cancer or heart disease), compared to those with weaker ties.

Evidence continues to come in. The American Heart Association published a statement this August saying social isolation and loneliness are associated with a 30% increased risk of heart attack and stroke.

“Given the prevalence of social disconnectedness across the U.S., the public health impact is quite significant,” Crystal Wiley Cené, MD, chair of the group that wrote the statement, said in a news release.

The organization said data supports what we suspected: Isolation and loneliness have increased during the pandemic, especially among adults ages 18 to 25, older adults, women, and low-income people.

In the first year of the pandemic, there was a slight uptick in loneliness and psychological distress and a slight decrease in life satisfaction, according to a 2022 study in the Journal of Epidemiology & Community Health.

For about 1 in 4 people, social circles shrank, says study author Emily Long, PhD, “even after lockdown restrictions were eased.”
When your circle shrinks, you tend to keep those closest to you – the people who probably are most like you. You lose the diversity in opinion and point of view that you might get chatting with someone in your pickleball league, say, or even a stranger.

“Our exposure to diverse people, lifestyles, and opinions dropped significantly,” says Long. Many of us have seen ties with others weaken or sever altogether over disagreements about COVID restrictions and vaccinations.

This happened with acquaintances, once-close pals, or family members as their views on hot-button topics came to the forefront – topics we may have avoided in the past to keep the peace.

Some of these relationships may not be rebuilt, Long says, though it’s too early to say.

How to Make Better Connections Online

Many of us jumped online for our social interaction. Did Zoom and Instagram and Facebook help us connect?

“It might be more difficult at times, but people can establish meaningful relationships without being physically close,” says John Caughlin, PhD, head of the Communication Department at the University of Illinois Urbana-Champaign, who studies “computer-mediated communication.”

It all depends on how you use it. Late-night “doom scrolling” is not relationship-building. But you can forge new or stronger connections via social media if you’re “treating each other as people,” he says.

Here’s one way: Don’t tap a lazy “like” on a post, but instead leave a thoughtful comment that adds value to the conversation. Maybe chime in with your experience or offer words of support. Give a restaurant recommendation if they’re traveling.

But remember that social media became a minefield during the pandemic, Caughlin says. People blasted out their views on staying home, vaccinations, and masks. You quickly learned who shared your views and rethought your relationship with others.

It’s tempting to view social media as a scourge. But that may just be our inherent panic-button reaction to newish technology, Caughlin says. Surprisingly, overall research – and there has been a lot – has shown that social media has little impact on well-being, he says.

A recent meta-analysis from Stanford University on 226 studies from 2006 to 2018 looked for a link between social media use and well-being. What they found: zero. Some studies show a link between social media and anxiety and depression, true, but that may be because those who have depression or anxiety are more likely to spend more time on social as a way to distract themselves.

Make Someone Happy, Including You

Does this sound familiar? You tend to keep up with friends as a social media voyeur rather than, say, calling, texting, or meeting face-to-face. If that sounds like you, you’re not alone.

But if you reverse course and start reaching out again, it’s likely that both you and the other person will benefit. New research from the American Psychological Association on nearly 6,000 people found that when someone reaches out to us – even if it’s with a quick text – we deeply appreciate it. The study was not only about the pandemic, but researchers say that the results could help people rebuild relationships, especially if they’re not confident about trying.

At the same time, Slatcher, the Georgia professor, notes that more screen time “is not the solution” to loneliness or separation.

“All the work out there has shown that social media use isn’t associated with people being happier or less depressed,” he says.

According to Slatcher, the two key parts of building and maintaining relationships are:

These happen in person all the time. On social, not so much.

“Both men and women feel happier when they feel emotionally close with another person, and that’s more difficult to do online,” Slatcher says.

Turns out the strongest connections – those best for your well-being – happen when you put the phone down.

We felt more divided than ever during the pandemic, something affirmed by Pew research. By some measures, Americans have the lowest levels of social trust since World War II, says Frederick J. Riley, executive director of Weave: The Social Fabric Project at The Aspen Institute. If neighbors within a community don’t trust each other, they can’t trust society at large.

But it’s not all bad news.

Researchers have seen connections within communities get stronger during the pandemic, Riley says. These are the people who run errands for elderly neighbors, donate supplies and clothes, set up family-friendly meetups, build community gardens, and more.

The “we’re all in this together” mindset arose early in the pandemic, Long and colleagues found. A meta-analysis in 2022 in Psychological Bulletin found that there’s been more cooperation among strangers. This may be due to greater urbanization or living alone – distance from our close-knit crew forces some to cooperate with others when they wouldn’t otherwise.

This, too, is healthy: A sense of belonging in your community, or “neighborhood cohesion,” as a 2020 study from Canadian researchers points out, has been linked to a lower risk of strokes, heart attacks, and early death. It also helps with mental health.

You can tap into this by, say, volunteering at your child’s school, attending religious services, joining a fitness group, or going to festivals in your city. These deliver a sense of identity, higher self-esteem, and can lower stress and make you feel less lonely, the study authors say. It also fosters a sense that we can make meaningful change in our towns.

Certainly, we’ve all been arguing a lot these days – gun control, abortion, politics. Riley says deeper issues, such as a sense of community safety and creating a better place for kids to grow up, help us transcend these hot-button issues.

Sharing goals brings people together, he says, and that’s fueled by that innate urge for connection and togetherness.

“I am really optimistic for what the future will hold,” he says. “We’ve been in this place [of social distrust] before, and it’s the people in local communities showing that anyone can stand up and make the place they live in better.” 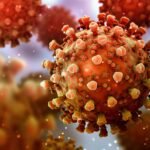 Long COVID Was a Preventable Tragedy. Some of Us Saw It Coming

Computer Models Could Be Next Step in Decoding the Brain 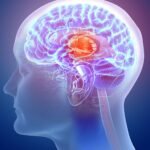