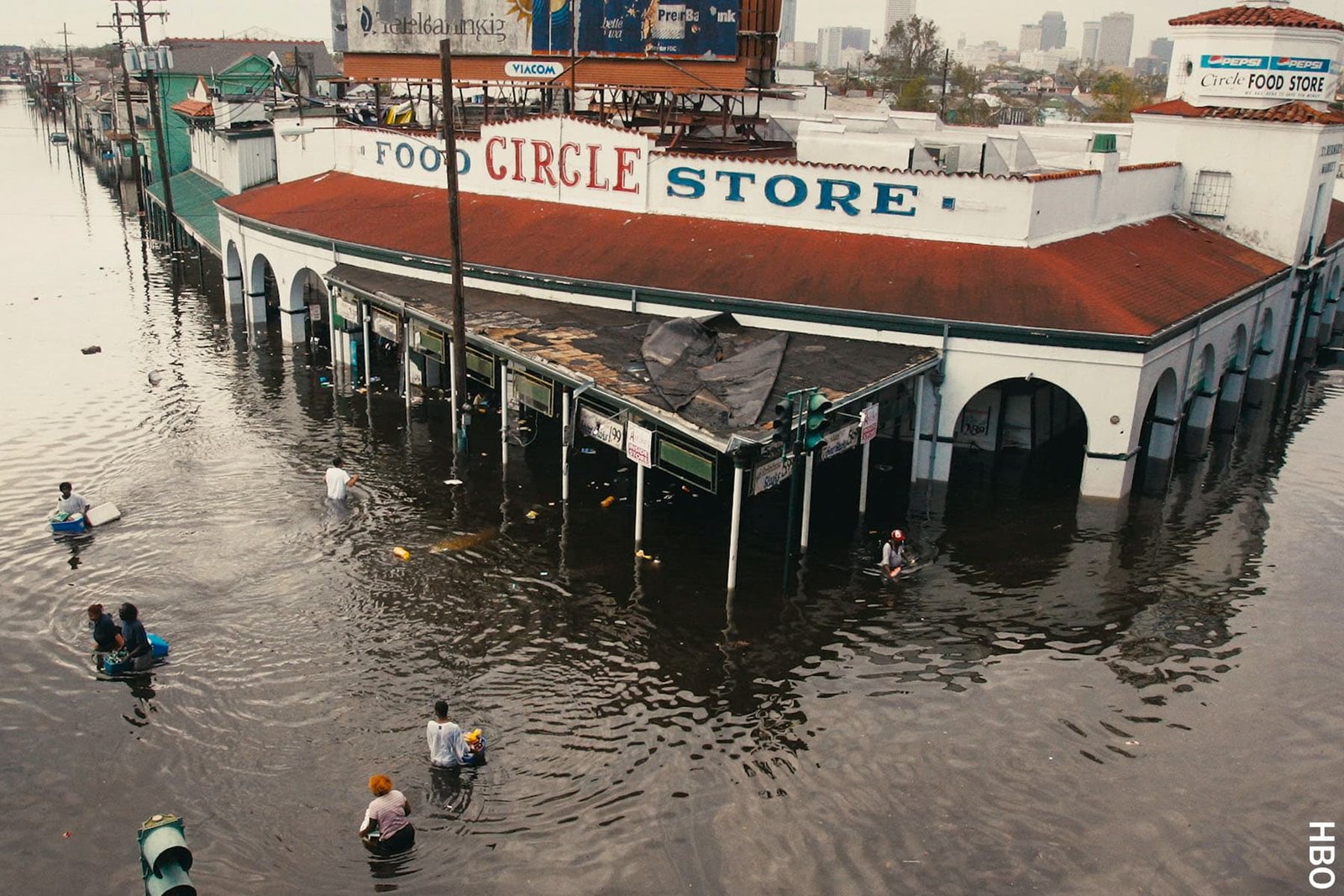 Aug. 24, 2022 – Children are being plucked off floodwater-lapped rooftops and placed into open metal baskets that twirl in the wind as they are hoisted up to thumping Coast Guard helicopters. Their faces are marked by a combination of weariness and fear. Similar rescues are repeated several times, and then a lone chopper veers off over a massive body of water.

The searing video – shown without words – serves as the opening of a new documentary, Katrina Babies, premiering today on HBO and HBO Max.

The scenes are as chilling now as they were 17 years ago, when, on Aug. 29, 2005, a category 3 hurricane slammed into New Orleans. The subsequent failure of levees across the city led to immediate and catastrophic flooding, especially in the low-income and majority-Black Lower 9th Ward, where many residents had been unwilling or unable to get out before the storm hit.

Those days in August 2005 were just the beginning of a tough journey for hundreds of thousands, but in particular, perhaps, for those who were too young to comprehend the catastrophe that had inundated 80% of the city.

The documentary tells the tale of some of the children who survived, from their point of view.

Almost 1,000 people, and possibly many more, lost their lives – there’s never been a full accounting of how many deaths Katrina caused.. More than 1 million people were displaced at first, and, a month later, at least 600,000 households were still displaced, according to the Data Center, a New Orleans-based nonprofit.

The New Orleans-born-and-raised creator of Katrina Babies, Edward Buckles Jr., suggests in the movie that Katrina was especially cruel to his community. “In America, especially during disasters, Black children are not even a thought. Hurricane Katrina was no different,” he says in a voiceover. “After losing so much, why wouldn’t anyone ask if we were OK? Nobody ever asked the children how they were doing,” he says.

Buckles was 13 when Katrina hit. He and his family evacuated, enduring a 13-hour car ride to a shelter in a town west of New Orleans. The journey normally would take 2 hours.

Eventually, they returned to the city and got on with their lives. He had left his brush with Katrina behind, or so he thought.

Buckles said he began Katrina Babies to tell the story of his cousins – his closest childhood friends – who had stayed put during the storm.

He toiled for years, interviewing those cousins and others who had been children in 2005. But it wasn’t until he interviewed Miesha Williams – some 6 years into the project – that it hit him that, like her, he had never talked to anyone about the trauma he felt because of Katrina, Buckles says.

In the film, Williams, who was 12 and living in the Lafitte housing project during Katrina, describes her family having to evacuate to the un-air-conditioned, unsanitary, and overcrowded Morial Convention Center with tens of thousands of others. She saw a dead man on the street, and everything smelled like “feces,” she says. “It was scary, and I was like ‘am I going to die,’” she says. “I’m not supposed to be here … this is not real,” she says.

Buckles asks if she’s ever talked about the experience. Williams tears up and says “no.” He asks why. “I don’t know, nobody ever really asked me,” says Williams.

Many of the children said Katrina had been more like an earthquake, putting fault lines through communities.

Chase N. Cashe, who was 17 when the storm hit, says his family lived in a hotel for a month, and “next thing you know, I’m living in Mississippi.”

Other children describe the shame and humiliation they felt at being called “refugees” by schoolmates in their new towns. One, who was 16 during the storm, said a principal at her new school asked if she thought she would fit in. “What kind of question is that to ask a girl who just came from her house being under 8 feet of water,” she says in the film. “Hell the [expletive] no I don’t want to fit in here, I don’t want to be here,” was her thought.

Cierra Chenier, who was 9 during the storm, describes the devastation she felt after her family was only able to retrieve a single garbage bag of belongings from their flooded house. “That was the first time I think it actually hit – like what we knew to be true is gone,” she says. Her family’s house and the whole neighborhood were gone.

Chenier and others talked about the breakdown of their communities as being a potential cause of the continued high level of violence in New Orleans.

Halfway through 2022, New Orleans had the highest per-capita murder rate in America. It is familiar territory for the city, which,according to The New York Times, has had the nation’s highest murder rate a dozen times since 1993.

Buckles says Black families have been torn apart before – by slavery and by the crack cocaine epidemic. But those were gradual events, whereas Katrina happened all at once, he says.

It “makes you look at life like no one cares about me, so I don’t care about myself,” he says.

Mid City AB, who was 13 during Katrina, says in the film that “the children aren’t as rooted as they used to be before the storm.”

Even the youngest felt the effects. Shantrell Parker, who was 5 during Katrina, was interviewed as a 16-year-old student in Buckles’ high school media class. She said she yearned to be a counselor. “I want to help people ’cause I have been through a lot in my life and I know what it feels like … to feel that no one is here for you,” she said.

Sadly, Parker was murdered some 5 years after that interview, when she was 21. Buckles included her story to remind people that “we have to pay attention to the young people in New Orleans,” he says.

“These children are carrying this trauma, and no one’s addressing it, and they don’t know how to address it themselves,” he says.

Cierra Chenier says it had been a long road to start to understand her trauma.

“It’s hard to talk about Katrina because it takes having some form of vulnerability, you know, acknowledging that something happened to you and that it wasn’t OK,” she says in the movie. “Being able to tell my Katrina story has helped my healing process”; it was “healing something you didn’t know needed to be healed to begin with.”

Buckles says Katrina Babies brought a revelation to him. “When I first started making this project, I wasn’t seeking healing,” he says. “I didn’t even realize that simply talking about Hurricane Katrina offered healing.”

The telling is especially important in disenfranchised Black communities, he says. “We don’t understand the power of just talking about something. We’re trying to focus on so many things at one time that we’re not stopping to think about how we feel, nor are we thinking about, ‘let me talk this out,’ let alone going to see a therapist,” he says.

The film taught him there is power in telling your story. “Because when you talk about it, you address it.” 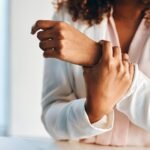 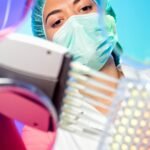